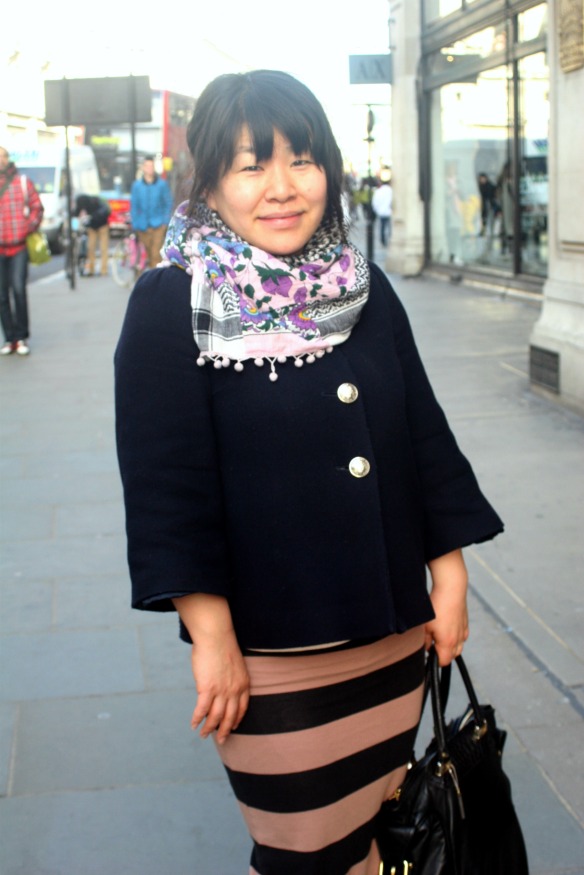 The French mineral water company started this new tradition in 2008, when it partnered with Christian Lacroix to obtain their first limited edition bottle design. The 2009 version of the bottle was designed by Jean Paul Gautier and this year Sir Paul Smith has been working on the 2010 project.

The renowned Brit fashion icon has created a festive-themed, whimsical-designed bottle featuring his signature stripes in vibrant colours wrapped around its neck and five different caps to collect.

As reported by the website www.luxist.com, this latest creation is also designed to echo Evian’s latest youth-oriented advertisement campaign. In the promotional video, made during the promotional photo shoot that was based in his studio, Smith said: “My whole life is about being childlike […], which means that you have a lateral mind and you’re very curious […]. That’s why this room is just full of toys, beautiful books, strange objects, good fun things [from which] you can get great inspiration. Life is about living young, being youthful and enjoying yourself everyday”. The whole video is available on http://www.youtube.com/watch?v=UzPyXPzy6ZY.

The bottles are currently only available for pre-ordering on www.ShopEvian.com, and will be sent out from 31 October 2009. However, they should make their way to fine dining establishments and gourmet retailers nationwide around the beginning of November. This partnership will be supported by advertising as well as PR as part of the £7m brand marketing investment for 2009.

This initiative, however, was bound to be controversial and, as predicted, it received both good and bad responses. Delphine Hirasuna published on www.atissuejournal.com “These days selling bottled water has become harder with countless brands vying for market share and sustainability proponents urging people to drink water filtered from the tap, even adding the bubbly themselves. With its designer bottles, Evian, owned by Danone Waters of America, isn’t touting how its product tastes, but how its bottles look. At US $13.95 for a single 750ml bottle and US $118 for a 12-bottle case, what consumers are buying is imaginative packaging that happens to have water inside”.

Others have commented that fashion designers are firstly artists, and that art and creativity should not be sold to a money-making multinational company like Evian.

One of the comments about this news on the Marketing Magazine website was “I thought designers were all going ‘green’ these days. This is a mistake in my book, particularly with the possible move towards 20p/500 ml on street taps in the pipeline”.

Coincidentally, other drink producers have recently embraced this trend too, such as Coca Cola with its collaboration with Nathalie Rykiel, Chivas Regal whiskey with Alexander McQueen and 1800 Tequila with its competition for new up-and-coming artists.

Paul Smith opened his first shop in London in 1987 and has been creating quirky yet classic (and therefore commercially popular) pieces ever since, his main collection being menswear. Smith was knighted by Queen Elizabeth II in 2000 after nearly three decades as a menswear icon. Since May 2008 Paul Smith has been writing a fashion blog for http://www.vogue.co.uk (http://www.vogue.co.uk/blogs/fashion-designers/paul-smith/090929-paul-smith-campaign-and-london-fash.aspx).