Part One – the Food

A few weeks ago, I returned from New York, where my friend Sara and I stayed in Brooklyn at Robin’s, the swellest girl in the whole city. It was my first time in the US, and, despite knowing that the Big Apple is not a true representation of the whole of the United States (just like London is not really synecdochic of the UK), being there highlighted how New York and London are so very different. Sure enough, Manhattan’s vibrant streets were heaving with people of all sorts of backgrounds and trades, buzzing with flickering lights beckoning passers-by, and steaming with an endless array of memorable scents, just like London’s Westend. But it made me realise that the British are a population of their own. With their self-pride, friendliness, exaggerated mannerisms, heartfelt involvement and loud enthusiasm when saying even the mildest of things, I would be more inclined to likening New Yorkers to the French or the Italians, rather than to their British counterparts. Of course it is not right to generalise to a smaller degree, such as saying whether I found one people more helpful in giving directions than the other, but I can definitely say that New York seemed to hum that little bit louder.

The food was outstanding, though that could have been that Sara and I were painstakingly selective when choosing where to have our next meal, but my favourite restaurants, which I would definitely recommend, were as follows:

Not that it needs recommendation – this restaurant was the most up-market stop of the whole trip. Robin, Sara and I felt very much like grown-ups here, and despite only sharing a starter, a bottle of wine, a dessert, and only having a full primo (pasta main) each, we left feeling very full, which made this restaurant surprisingly affordable, particularly for its atmosphere and outstanding quality. The waiters were also impeccable – we were highly impressed by how they scooped up the crumbs from the tables making a spoon dance and glide on the tablecloth. The jewel-clad lady sitting next to us even commented on that little trick to the Jeeves-like waiter. 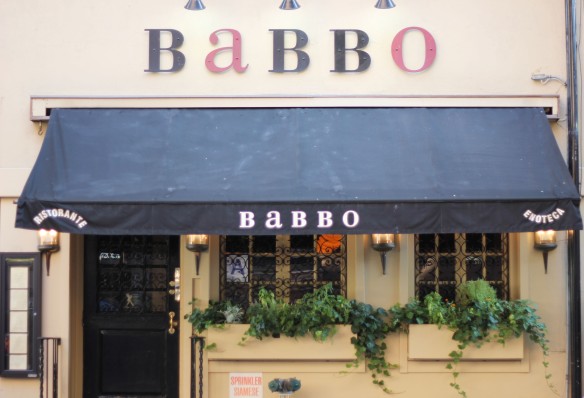 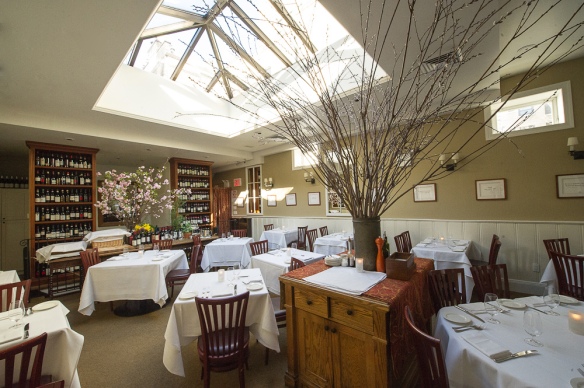 Luke’s on the Upper West Side

This has to be my second favourite meal of the trip, simply because now, if I were ever allowed one last meal in my life, my choice would have shifted from Osso Buco to a mighty, mayo-free but butter-soaked lobster roll. The huge chunks of lobster are velvety and melt in your mouth faster than you can say “fishing lobsters in Maine”. This roll is unfussy, simple and doesn’t need anything else added. It’s perfect. Go have it. 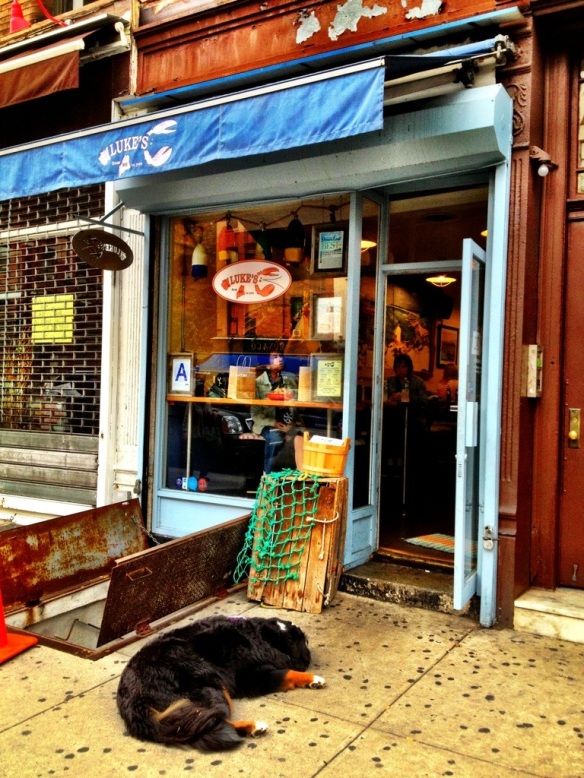 Luke’s on the Upper West Side. Picture taken by Sara. 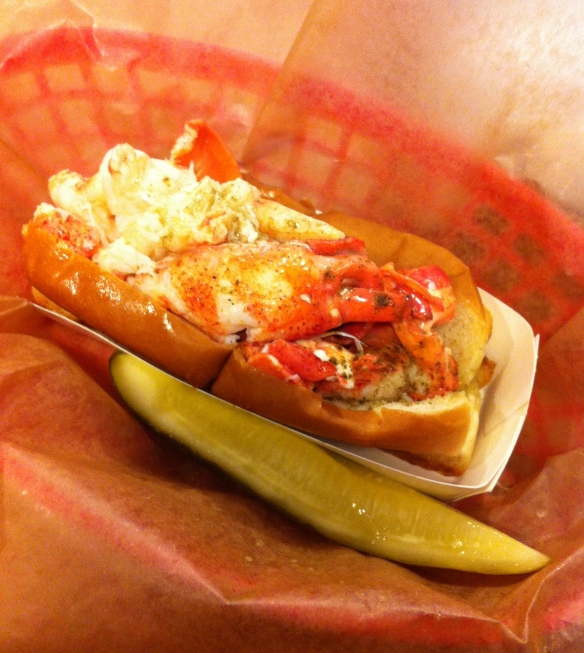 This classic sammich deli did not disappoint. The sharpness of the pickles and sauerkraut cut through the richness of the pastrami, and the wholeness of the rye bread binds everything together beautifully. Needless to say, our eyes were bigger than our stomachs, and in hindsight we should have just ordered one to share. After we were done with (half of our) platefuls, we both silently pretended we still had a good reason to sit there for a little longer, just because neither of us could even waddle. And no, I didn’t do a Meg Ryan impression, the place was so rammed and loud that nobody would’ve noticed, anyway. 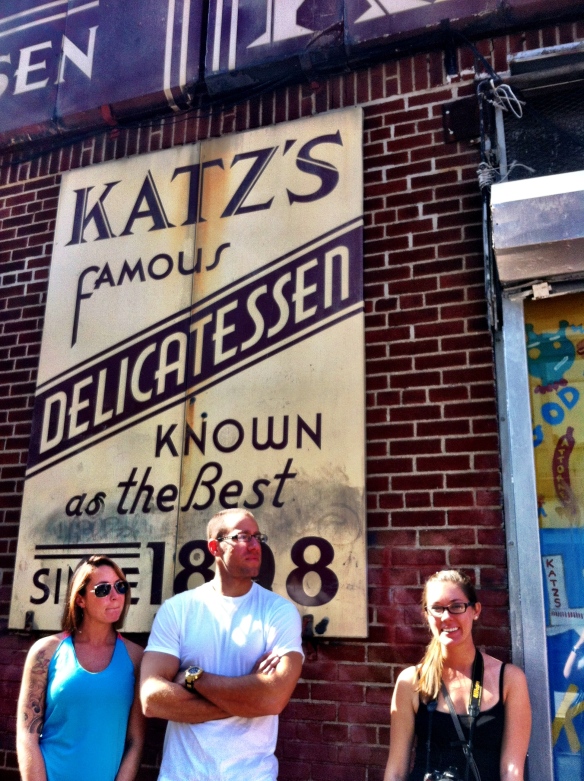 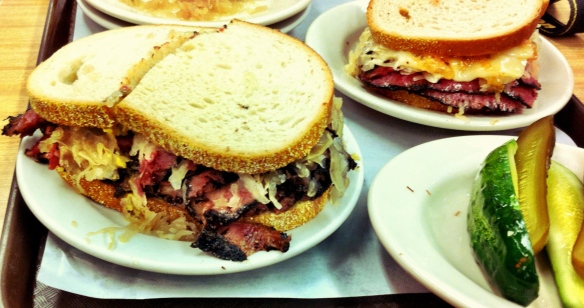 Ooh that Shack-cago hot dog was excellent, and the curly fries were a bit different – was it maybe the first time I ever had curly fries? I think it might well have been.* 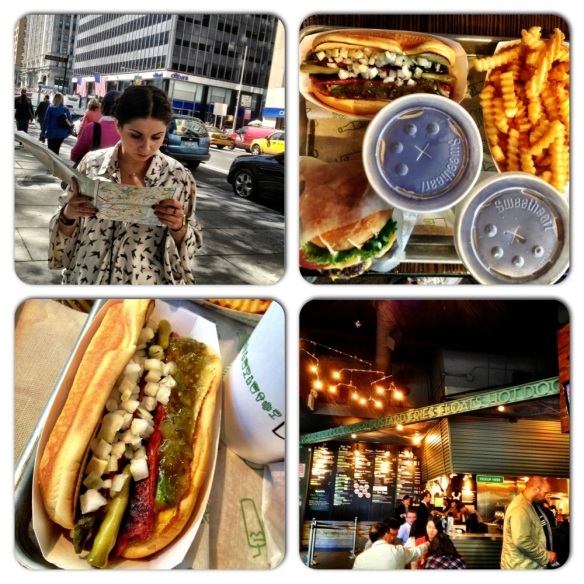 A collage of our Shake Shack experience made by Sara.

We didn’t eat here, but I had a delicious Dirty Vodka Martini and the view from the rooftop was breath-taking. It was a sunny yet windy late afternoon, so they provided warm, hooded red capes for everyone. Doesn’t get much better than sipping a vodka drink in a dressing gown in front of a beautiful view – and nobody seemed to care! I really loved the vintage-like lanterns all around the rooftop. 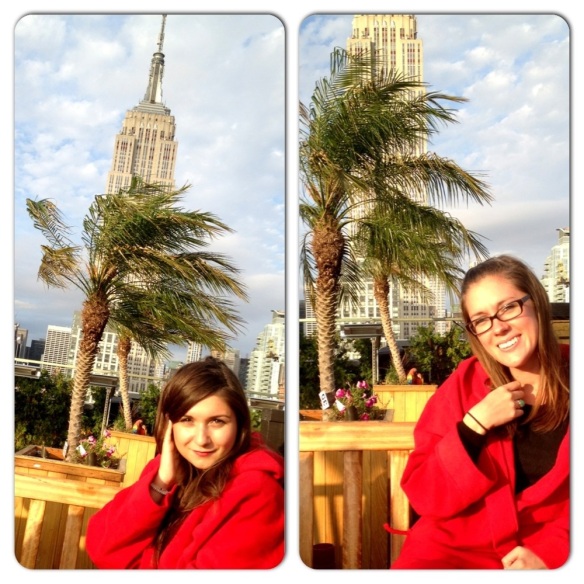 Another cool collage made by Sara. 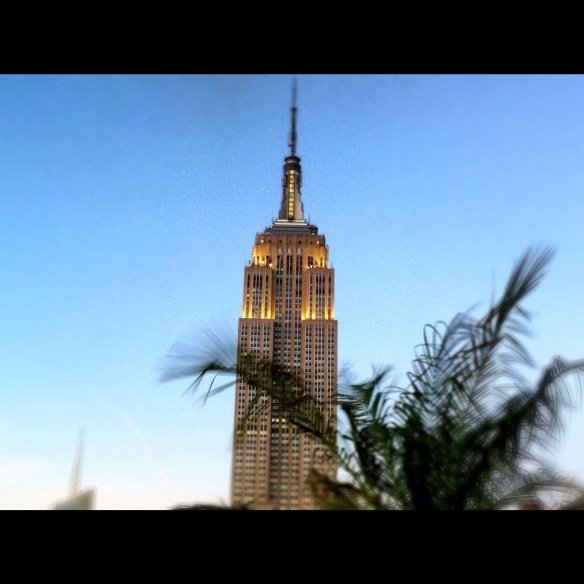 A small part of the view from the rooftop. 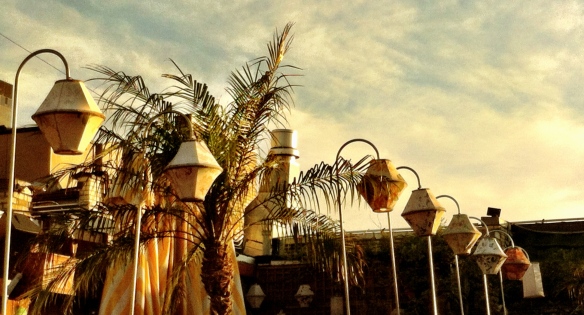 Watch this space, as I am soon to post about the little fashion gems I found in New York.

*I have since discovered that what we ate were actually crinkle fries — goes to show…!